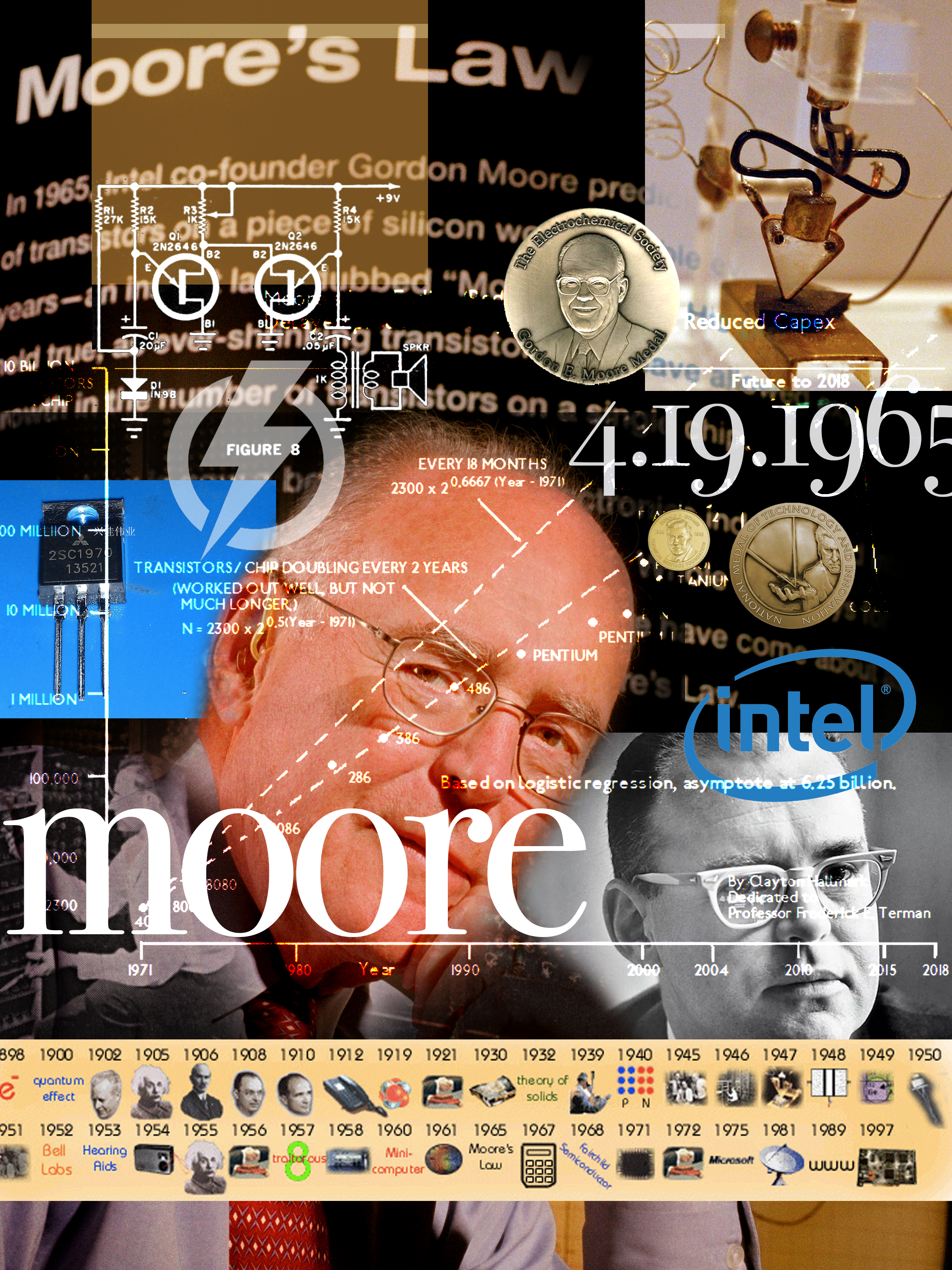 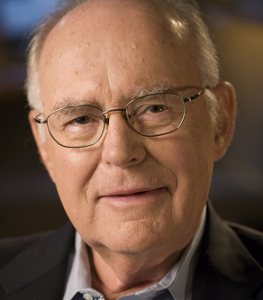 Moore studied chemistry at the University of California, Berkeley (B.S., 1950), and in 1954 he received a Ph.D. in chemistry and physics from the California Institute of Technology (Caltech), Pasadena. After graduation, Moore joined the Applied Physics Laboratory at Johns Hopkins University in Laurel, Maryland, where he examined the physical chemistry of solid rocket propellants used by the U.S. Navy in antiaircraft missiles. Moore soon decided that private industry offered more exciting research with greater potential rewards.

From Shockley To Intel

Moore was particularly excited about the potential of the transistor, a recent invention awaiting the development of practical manufacturing techniques. In 1956 Moore returned to California to work at Shockley Semiconductor Laboratory, which William Shockley, one of the Nobel Prize-winning inventors of the transistor, had just opened in Palo Alto. The new laboratory was researching manufacturing methods for silicon-based transistors, but after a hectic year-and-a-half under Shockley’s management—capped by an appeal by Moore and others that the company hire a professional manager—Moore and seven colleagues resigned and joined with Fairchild Camera and Instrument Corporation to form a new company, Fairchild Semiconductor Corporation, in Santa Clara. In 1957 Fairchild was looking to enter the transistor business, and the “traitorous eight”—as Shockley labeled the defectors—presented themselves as a prepackaged solution. With Fairchild’s financing and investments from each of the founding members, the new company soon emerged as a major transistor manufacturer. Moore became director of the new company’s research and development in 1959, after cofounder Robert Noyce (coinventor of the integrated circuit) was elevated from that post to general manager.

During his years at Fairchild, it became clear to Moore that, no matter how much science went into conceiving of silicon wafers, there would always be an artlike skill associated with their production. When Moore and Noyce left Fairchild in 1968 to establish Intel Corporation (also located in Santa Clara), they decided to merge theory and practice by forcing research scientists and engineers to work directly on the production of chips, especially the magnetic oxide semiconductor memory chips that became Intel’s first big commercial success.

In spite of the accomplishments listed above, Moore may be best known for a rather simple observation. In 1965, for a special issue of the journal Electronics, Moore was asked to predict developments over the next decade. In reviewing past increases in the number of transistors per silicon chip, Moore formulated what became known as Moore’s law: The number of transistors per silicon chip doubles each year. In 1975, as the rate of growth began to slow, Moore revised his time frame to two years. His revised law was a bit pessimistic; over roughly 40 years from 1961, the number of transistors doubled approximately every 18 months. Magazines regularly referred to Moore’s law as though it were inexorable—a technological law with the assurance of Newton’s laws of motion. Only time will tell if Moore’s law will be repealed.